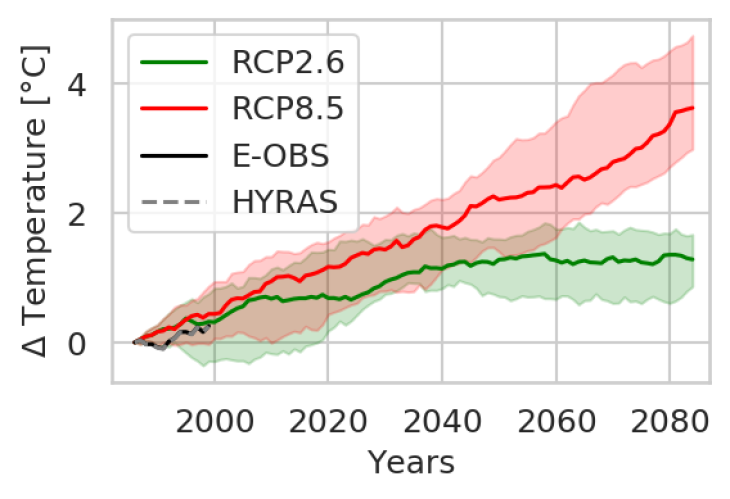 The analysis is based on an ensemble of regional climate model results. This ensemble is a result of the European branch of the international Coordinated Downscaling Experiment initiative [1].

Results for two different climate change scenarios, representing different concentration pathways (RCPs) [2], are analysed. RCP2.6 is a scenario where emissions are reduced and radiative forcing peaks in the mid of the century, RCP8.5 is a scenario where greenhouse gas emissions continue to increase throughout the century. The area of interest is the city of Hamburg and its rural surroundings.

Here, results for the cold season are analysed, defined as the time between the 1st of November and the 31st of March of the following year.