Human land surface modifications through land use are an important human forcing on climate, and its direct biophysical effects on the local and regional climate can exceed those associated with global greenhouse gas forcing. Up to now, LUC forcing is not sufficiently accounted for in RCM climate change projections within CORDEX, while it is at those finer regional scales that they have the strongest impacts. Thus, robust tools and methods are needed to quantify those regional and local effects, which may support effective land use practises and also help guard decisions on land management from unintended consequences. LANDMATE contributes to the first coordinated downscaling experiments including land use changes in the frame of the WCRP CORDEX Flagship Pilot Study LUCAS Land Use and Climate Across Scales (LUCAS, Rechid et al. 2017).

With the coupled regional atmosphere-biosphere model system REMO-iMOVE, the LANDMATE project participated in the first coordinated multi-model intercomparison study investigating biophysical impacts of extreme land use changes (LUC) on the regional climate in Europe. Two idealized experiments with extreme land use forcings were performed by regional climate models (RCMs) coupled to diverse land surface models (LSMs), and driven by re-analysis data form ERA-Interim. In the first scenario, Europe is covered with forest where trees can realistically grow (FOREST), while in the second scenario all forests are turned into grassland (GRASS).

The land cover maps for the FOREST and GRASS experiments were implemented in the regional climate model REMO interactively coupled to MOsaic-based VEgetation (REMO-iMOVE, Wilhelm et al. 2014), and each experiment was performed for the time period from 1979 to 2015, including the first 5 years for model spin up, respectively. An additional simulation was carried out for present-day land cover distribution for evaluation. The REMO simulation results were evaluated and jointly analysed with the LUCAS multi-model ensemble.

The first results from the LUCAS Regional Climate Model intercomparison on biogeophysical impacts of forestation in Europe were published by Davin, Rechid et al. 2020. In this study, 9 regional climate modeling groups including LANDMATE explored the impacts of re-/afforestation on Europe’s climate. The seasonal analysis of the multi-model ensemble revealed some responses that are consistent between all RCMs. For instance, for the response of near-surface temperature due to afforestation/reforestation (FOREST minus GRASS) the models mostly agree on a warming for large parts of Northern and Eastern Europe in winter (Figure 1), with consistently simulated albedo change. In contrast, the model results for near-surface temperatures diverge in summer, with some models showing a large-scale warming and some models a large-scale cooling (Figure 2). Some causes of these contradictory responses were identified, e.g. the uncertainty in the simulation of the surface heat fluxes. This would not have been possible with a single model study. The study reveals the overall importance of considering LUC in regional climate model projections, as their effects on regional climate are significant and not negligible. It also shows that there are still fundamental uncertainties in simulating the responses to land use changes. Especially, with respect to planned adaptation and mitigation measures that are based on LUC, it is of large importance to further investigate the causes of such uncertainties. 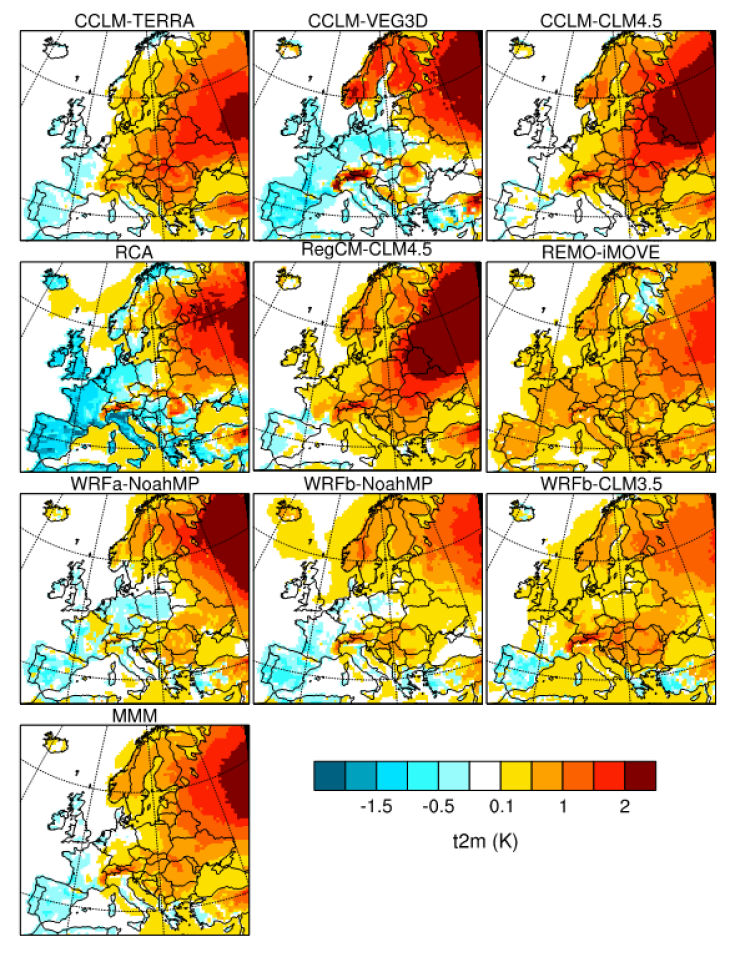 Figure 1: Difference in the near-surface temperature (t2m) between FOREST and GRASS simulations (i.e. reforestation) averaged for the winter season (December, January, February). The results for the individual models as well as for the multi-model mean (MMM) are shown (Source: Davin et al. 2020). 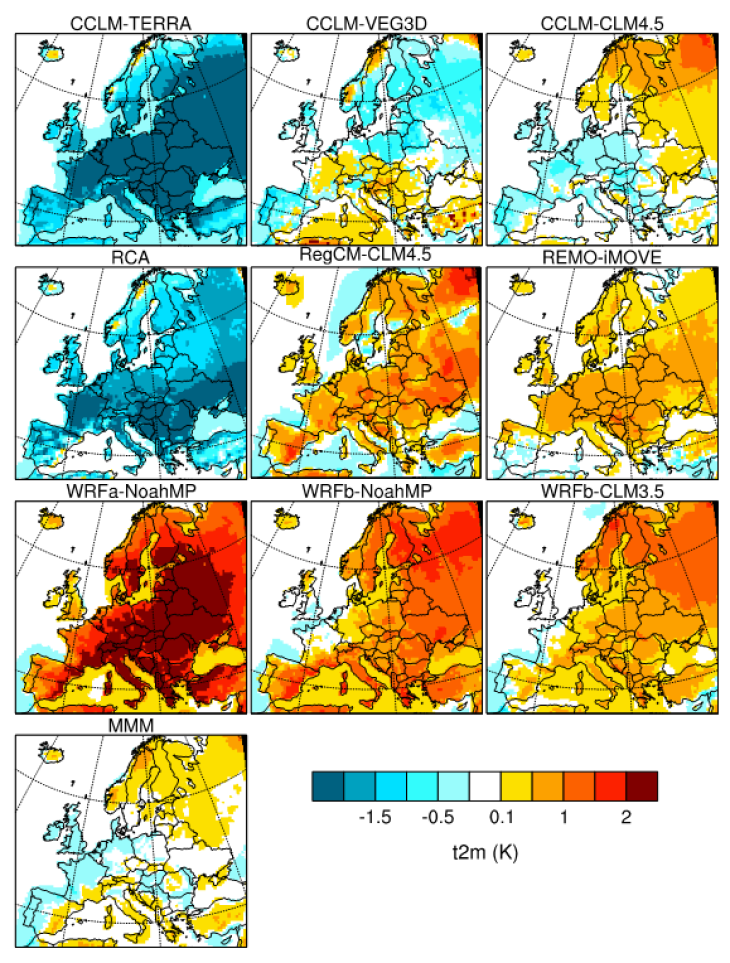 Figure 2: Difference in the near-surface temperature (t2m) between FOREST and GRASS simulations (i.e. reforestation) averaged for the summer season (June, July, August). The results for the individual models as well as for the multi-model mean (MMM) are shown (Source: Davin et al. 2020).