LANDMATE organised virtual conference with participants from all over Europe

On June 18th, the LUCAS Interim Meeting 2020 was held as a virtual conference lead by LANDMATE PI Diana Rechid. PI Jürgen Böhner and scientists Peter Hoffmann, Christina Asmus and Vanessa Reinhart participated in the meeting and presented results from their project.

The CORDEX Flagship Pilot Study LUCAS (Land Use and Climate Across Scales) uses an ensemble of regional climate models to investigate the influence of land use changes on the regional climate in Europe and is coordinated by Diana Rechid from GERICS, Nathalie de Noblet-Ducoudré from LSCE/IPSL, Edouard Davin from ETH Zurich and Eleni Katragkou from Aristotle University of Thessaloniki.

Through the participation of scientists from all over Europe, the LUCAS model ensemble now consists of more than 10 regional climate models. At this year's Interim Meeting, current studies and interim results of the individual groups were presented and discussed. For example, the influence of afforestation on soil temperatures was investigated as well as the changes in regional precipitation dynamics due to land use changes.

LANDMATE presented latest results on generating high-resolution past and future land use / land cover change information based on ESA CCI land cover dataset for use in the next generation RCM simulations. 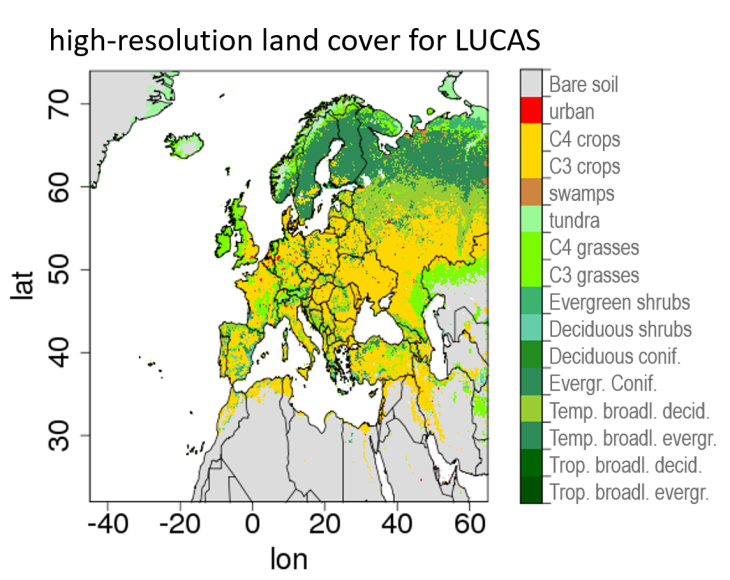